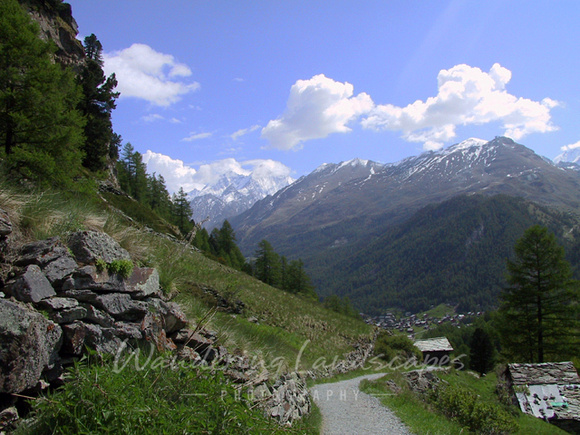 Of all the wanderings, my 2003 hiking trip to southwestern Switzerland is one of my favorites.  It was my second trip using my beloved 3.3 Megapixel brick, the Canon G1 point and shoot.

Somehow, over the years, the original files from this trip have gotten lost.   At that time, I backed up files using CD/DVDs, so I’m not sure if there are CDs that just became unreadable, the files may have been lost with a hard drive failure that occurred a few years later or just bad management of files.   The only evidence of the trip are these photos that were downsized to make a DVD.

Since the files can’t be used for anything but a blog, I thought I’d take a trip down memory lane and provide a flashback blog.

A friend and I flew into Geneva, Switzerland late May 2003.  We found Geneva rather unremarkable and spent little time there, but it was in world focus that year because the G8 Summit  was scheduled to commence right before we left.  More on that at the end. 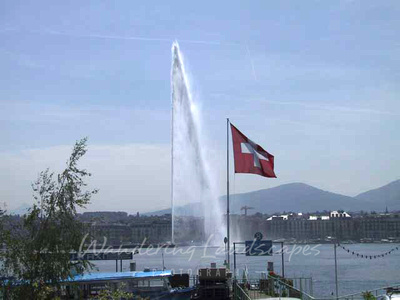 Geneva, SwitzerlandIconic fountain in the harbor 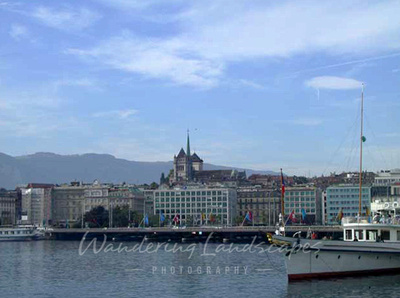 Some views of Lac Leman (Lake Geneva) from Vevey. 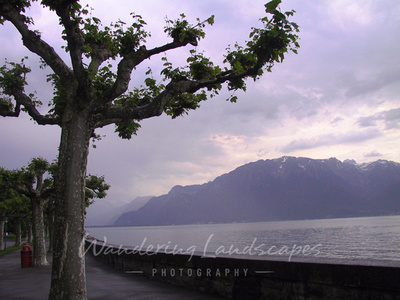 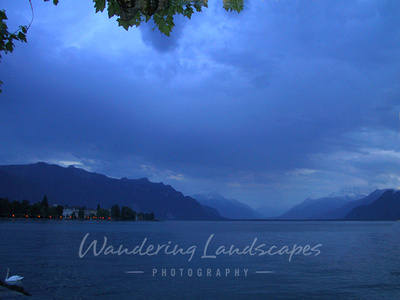 We took a small train from Vevey to Les Pleiades.  In May, the countryside is in bloom.  We reach the top and the whole hillside was cover with blooming Narcissus.  It was beautiful. 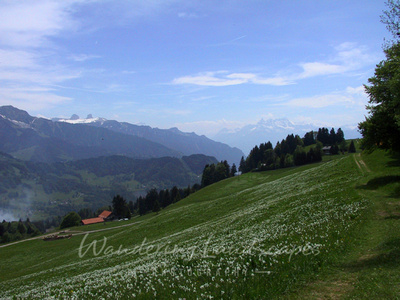 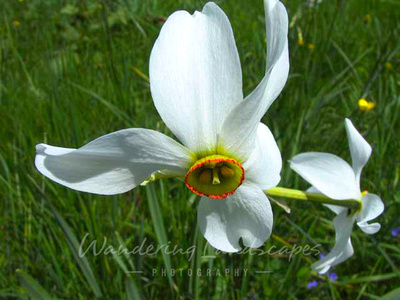 Next stop was Gstaad, a small Alpine village known for skiing and winter sports.   I think we did an overnight there.  As we were preparing to leave, we heard bells and looked down the street.  A farmer was moving his cattle to graze at the higher elevations.  They paraded right down main street. You can see you would not  want to be the lead cattle as their bells were massive. 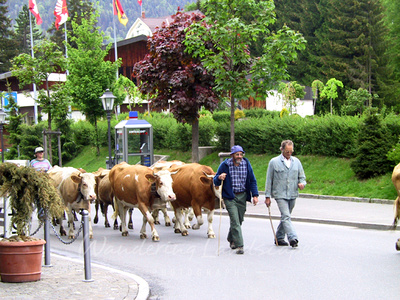 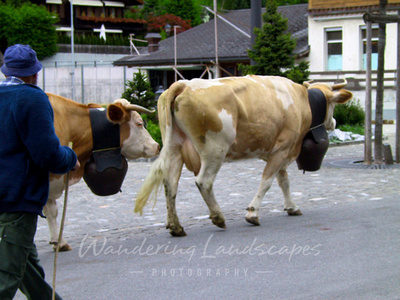 Gruyeres, famous for its cheese, also has a castle, a medieval city center and an interesting church. 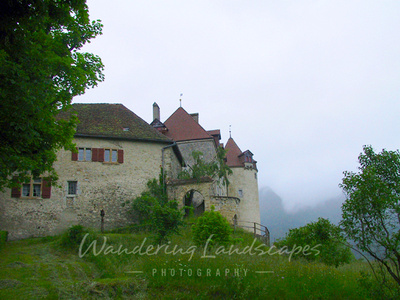 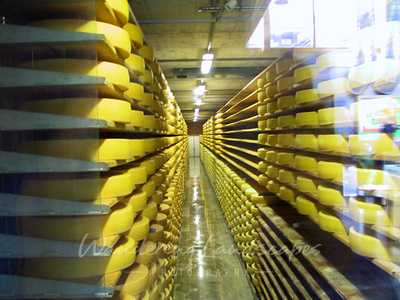 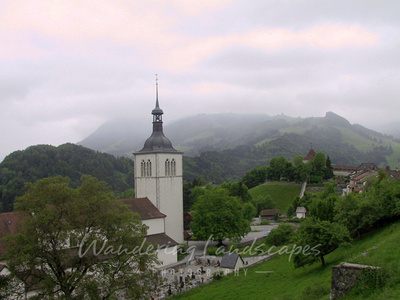 Switzerland is made up of cantons influenced by the countries that surround it.  The Valais canton is primarily French and the towns are quaint.  Hiking opportunities in this canton are plentiful.   We decided to explore the Val D' Herens staying in Les Haudres.  We took the bus to Arrolla and hiked out to Mt. Collon to see the glacier. 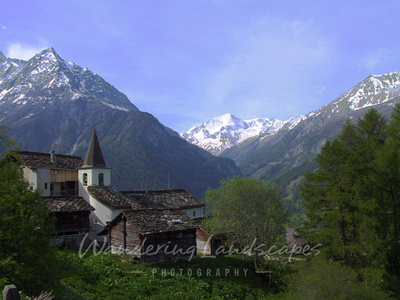 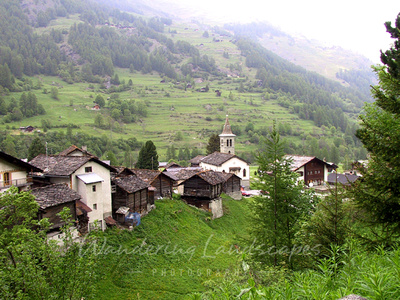 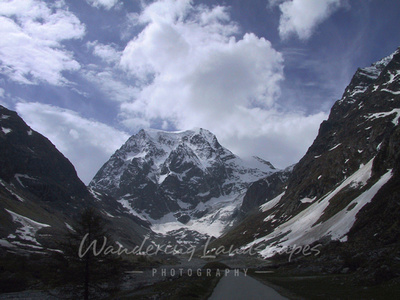 Mt. Collon Hike to the glacier

The last area we explored before returning to Geneva was Zermatt.  Zermatt has wonderful hiking trails passing through many small villages where you could stop for a beer, apple strudel or lunch. Curly-horned sheep grazed the countryside.  The Matterhorn was in view from almost any direction.   One of the most beautiful places on earth. 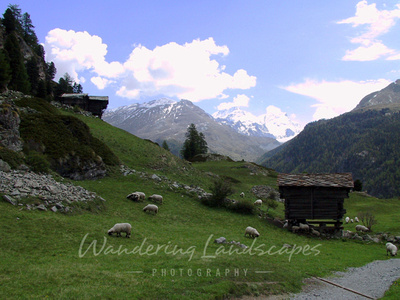 Hiking around ZermattSheep graze the countryside 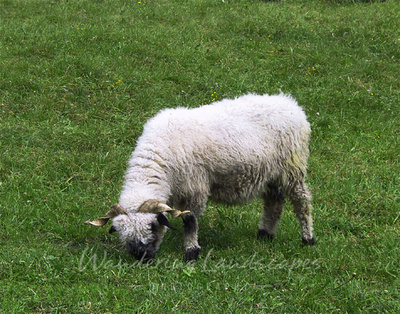 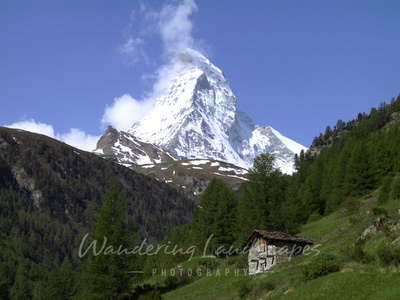 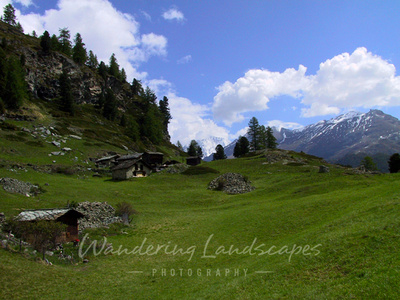 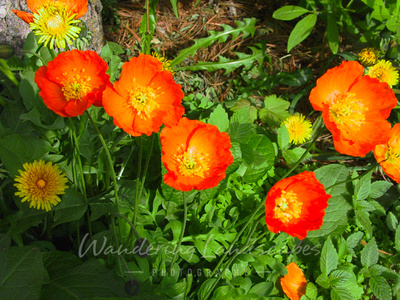 In Zermatt, you can go to the top of the world. We took the rack rail up to the Gornergrat observatory.  Magnificent views of the glacier, mountain lakes, and the Matterhorn.  We hiked half way down and then took the railway the remainder of the way down to Zermatt. 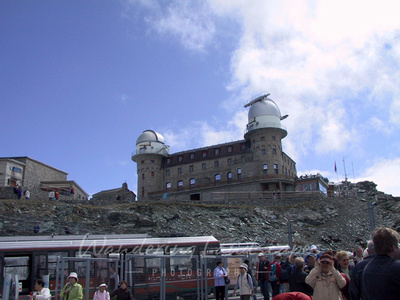 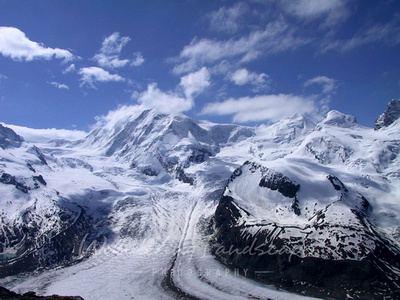 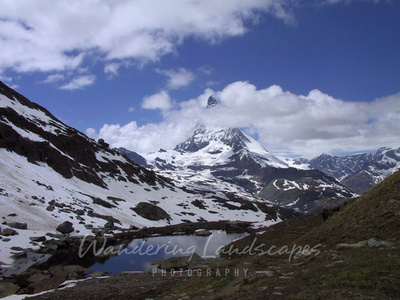 Mountain LakeMatterhorn is in the background

On our return to Geneva, we found the city had been prepared for the G8 Summit.  Glass storefronts were boarded up in anticipation of riots.  We left early for the airport which was under a tremendous amount of security.   On the tarmac we waved to President Bush on Air Force One and our plane was finally approved to take off for home.